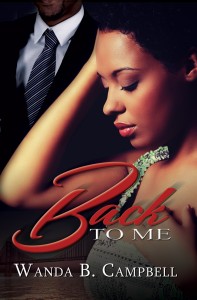 Paige placed the lighted vanilla-scented pillar candle on her nightstand. She stared at the flame momentarily, then opened the drawer and removed the envelope. When she purchased it, the envelope had a glossy finish. Thirteen years of tears and sweat had rendered the surface dull and the corners cracked. It wasn’t much, but the photo inside was the only memento she had to commemorate the day that forever changed her life. Before her trembling fingers could untuck the flap, a steady stream of tears flowed down her cheeks and gathered under her chin.

Under the weight of the memory of that fateful day, Paige dropped to the floor beside her bed with the worn envelope in hand. The pain from her knees slamming against the hardwood floor was nothing compared to the piercing ache in her heart. If she could turn back the hands of time and do things differently, she would. She would do so many things differently if she could just go back and use the knowledge she now had in her old situations. No matter how hard she willed it, Paige couldn’t go back and right her wrong. She had conceded long ago that the hole in her heart would remain there until the day she died. During this time of the year, Paige wished that day would come sooner rather than later.

She reached for the terry bath towel she’d placed on the bed, and wiped her face. She had learned long ago that the strongest tissue was too weak to handle her heavy tears. After partially drying her face, Paige summoned the strength to look at the one and only picture she had of her baby boy. It wasn’t a good picture. The once white edges had yellowed with time, and the fuzzy black-and-white image was recognizable only by a trained professional eye. Still, Paige was grateful to have the sonographic image, considering the sonographer had gone against the clinic’s protocol by giving it to her. The older woman had hoped to change Paige’s mind but had failed. Thirteen years later the image was all Paige had left of the baby fetus she’d once carried. Although the baby’s sex couldn’t be determined at ten weeks’ gestation, instinct had told Paige that the baby was a boy with her espresso skin and the father’s hazel eyes. She’d secretly named him Jonathan.

“Why didn’t I keep you?” she groaned, cradling the worn picture. “I am so sorry. I really did want you. I was just so selfish.” As it did twelve years prior, the apology turned into sobs, which then transformed into a prayer of repentance. “God, I am so sorry for destroying the gift you gave me. Father, please forgive me and give me another chance. I promise I won’t place my will above yours again. Just one more chance, and I promise to be a better person. I’ll help everyone I can. I’ll feed the hungry and help the homeless. I’ll be faithful to church. I’ll pay my tithes. . . .” Paige bargained with God until no words were left and only her sobs communicated the depth of her despair.