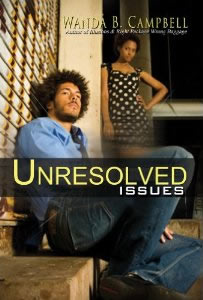 Stacelyn thought her life was complete the day she married Dr. Derrick Garrison. The fairytale life she envisioned quickly vanishes, however, when Derrick’s late nights and unexplained absences cause her to question his motives for marrying her. As secrets from the past and emotional wounds are revealed, Stacelyn discovers the hard way that it takes more than love to build a marriage.

Alone and bitter after Derrick’s sudden departure, Stacelyn is forced to face hard truths about the man she married. In the process, she discovers her own unresolved issues.

Will the revelations drive her to her knees, or send her seeking comfort from the enemy?

Countless thoughts bombarded Staci’s mind as she stared out the window. The gray clouds peeking through her bedroom window reminded her of the rain forecast from the previous night’s news weather report. She turned her head to the left, trying to decide which pair of leather boots she’d wear and where she’d last seen her umbrella. The outcome of the basketball game between the Golden State Warriors and Sacramento Kings the night before as well as what to get her father for his birthday puzzled her. She closed her eyes and remembered she needed to pick up her dry cleaning before her wardrobe dwindled down to jeans and sweatshirts. Then thoughts of her brother/boss nagging her for the quarterly report forced her eyes open once again. She placed her hands behind her head then rolled her eyes toward the ceiling, where a large spider web caught her attention. She made a mental note to spend Saturday morning deep cleaning her bedroom.

Staci shifted her body and began counting. Ten, nine, eight. . . . It was just a matter of time before the killer bear would roar. What did I ever do to deserve all this, Staci wondered. Five, four, it was almost over. Three, two, finally the killer bear roared then collapsed on top of her.

Staci quickly pushed her husband off of her and went into the bathroom and started the shower. If she hurried she could stop at Starbucks before going into the office.